Jeff Hopkins (1950) is a retired schoolteacher. He lives in Western Australia. As the drama master at a private boys’ school he wrote eleven original musical plays and produced and directed them at the school.

In 1992, he researched and wrote a family history, Life’s Race Well Run, and after retiring in 2006 he has written thirteen novels, a memoir, and three ‘faction’ biographies:

Jeff previously maintained he wrote entirely for pleasure, and to fill in the long summer months between football seasons. Recently he has admitted that he set himself the task of writing in a number of different genres as part of a three-year programme to learn about creative writing and self-publishing. He said it was like an undergraduate degree course for which there was a strict budget and work schedule. It has since become clear that the whole experiment was one of the most interesting and absorbing things he had done in his life. He continues to write.

All books by Jeff Hopkins

Resilience: The Story of Cameron and Rick - 1972

On his sixteenth birthday, Cameron’s life changes irrevocably. Many people see the signs but ignore them. Dr. Penny Corrigan gives Cameron a lifeline, but it is fleeting and evaporates. Cameron’s mother, Genevieve, and his father, Jack, do their best, but succumb to a ‘silver tongue’. Two teachers, Mr. Caledane and Mr. Johnston-Harper, inspire and challenge him. An Indigenous boy, Rick, stands shoulder to shoulder with Cameron and teaches him a ‘totem word’. Others obfuscate deliberately and exacerbate situations. A false façade disguises real feelings. How this all plays out in the small wheatbelt towns of Northam, Korrelocking, and Wyalkatchem, in Western Australia, is the story of Cameron and Rick.

Creatively: A Memoir of Plays, Films, Musicals, Commentaries, and Books

The memoir of a man, who loved performing. He scripted and produced films. Then came eleven original musicals involving both writing and performance. He developed skills as a sporting commentator. In retirement, he wrote thirteen novels, three ‘factional’ biographies a memoir and a revised edition of his family’s genealogy.

Frederick Charles Faulkner 1852–1924 was the longest serving Headmaster at the Perth High School, now Hale School. For 24 years, he battled prejudice, litigation, a serious health crisis and personal loss. He set up the Public Schools’ Association and led it for a decade, from its inception in 1905 until his retirement.

During World War 2 Guildford Grammar School is evacuated to Fairbridge Farm School. When a dead body is found, two young constables, Belle Beamish and Pat Molineux investigate. It becomes a dead-end inquiry. Over the next three decades Belle Beamish perseveres to try and crack a cold case with some intriguing results.

Twenty years of peace are now threatened, as Lord Gnarl has developed a dangerous flaw in his character. Aurelien, recruits Serheed, to attempt to rectify the deteriorating situation. In a bitter winter, Lord Gnarl is locked in a struggle to survive; as he attempts to travel back home and seek forgiveness and redemption.

Alaric Pinder Boor lived and died more than a century ago. His fascinating life has been reconstructed. The literary device of ‘faction’ (fact incorporating fiction) has been employed. The aim is to reimagine a life story and introduce Pinder Boor to a new audience as a life well lived, but cut short far too soon. 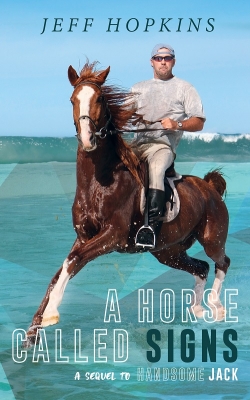 A Horse Called Signs: A Sequel to Handsome Jack

Charlize Thwaites, Koen Jandamurra, Ray Ratcliffe and Jack Burton are all on individual road journeys, and a horse called Signs is on the road back from the breeding barn to the racetrack. All roads lead to a property in Serpentine in Western Australia, where all this will play out with some unexpected results! 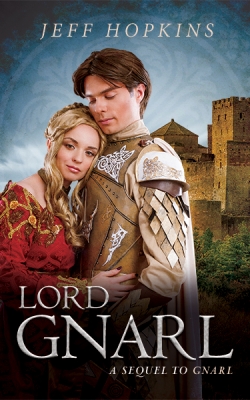 Lord Gnarl, A Sequel to Gnarl

Who assassinated Lord Genet? Lord Gnarl and Kyler try to find out. Princess Jolie and Shay disappear and almost die. False identities abound. A pre-nuptial agreement and a wedding set the scene for an unravelling of the peace. Things change and shatter relationships destroying lives. 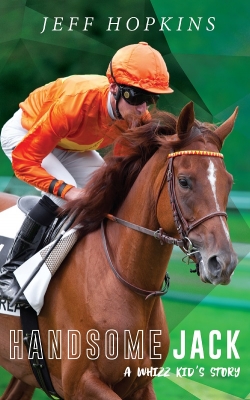 Jack Burton wants to be an apprentice jockey, but the 'Sport of Kings' is both dynamic and dangerous. He encounters cheats and criminals, a leviathan owner-breeder, horse trainers, other jockeys and bookmakers. Above all, there are the horses. They have the courage to run fast, especially for Jack Burton, the 'Whizz-kid'. 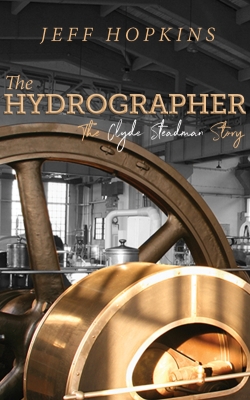 The Hydrographer: The Clyde Steadman Story

This is fascinating prequel to Rocking Horse Rider provides the back-stories of the complex characters in the later novel. Clyde Steadman, the youngest son of Sir Henry and Edith, Lady Steadman, is educated at Winchester College and the University College London and graduates as an outstanding geologist before making a harrowing voyage to Sydney, Australia, on board RMS ‘Osterley’. 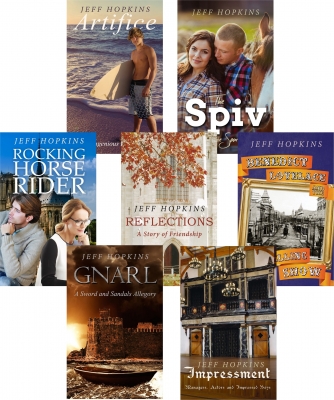 The Jeff Hopkins gift pack will keep the more mature adults entertained for hours as it delivers an enjoyable range of stories from the Australian-flavoured themes of Artifice and The Spiv, through to historical muses in Gnarl and Impressment, with dashes of coming-of-age, intrigue and international travel sprinkled between. 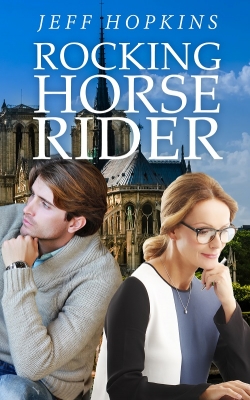 The result when two lives collide unexpectedly cannot be predicted. It might prove a catastrophe, or possibly a catalyst. Played out against a background of three of the world's most iconic cities: London, Paris and Sydney, Rocking Horse Rider is galaxy of glittering personalities searching for identity and acceptance. 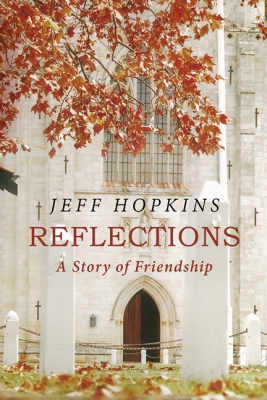 Reflections: A Story of Friendship

It is the 25th April 1919 and Captain Christopher Murphy has been invited back to his old school, Guildale College, to deliver an address in the first year of peace after The Great War. When he arrives at East Guildale railway station, which is adjacent to the school, a flood of memories come rushing back. He now knows what he must say and walks to the school to deliver his address. 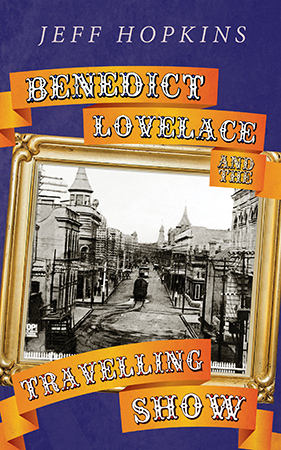 Benedict Lovelace and the Travelling Show

Benedict Lovelace engages 19-year-old Tommy Turkin to do some rat catching, renovations, and recruiting for his bold new ‘project’ - a travelling show. Tommy Turkin’s ‘Golden Boys’ train hard, swim well, and learn a host of new skills in Old Fremantle without really knowing what their role is going to be.

In early 1898, they travel to Kalgoorlie, but not everyone looks forward to their arrival! 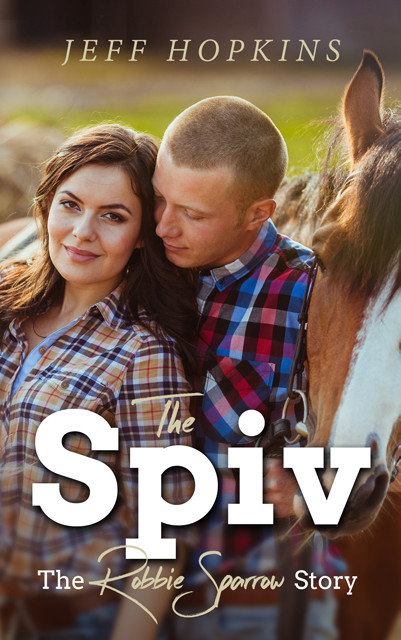 The Spiv: The Robbie Sparrow Story

A retired sports’ journalist who we come to know only by his nickname, ‘Lumpy’, decides to tell the life story of one of his earliest and most interesting friends, Robbie Sparrow - 'The Spiv'. The writer is caught in a dilemma; should he ‘tell it like it was’, or sanitise a life for a more palatable product? 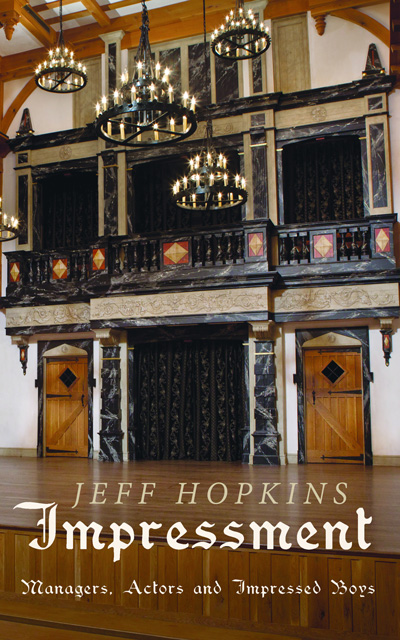 In 1597 Queen Elizabeth I signed a Royal warrant giving theatre managers Henry Evans, Nathaniel Giles and their deputy, James Robinson authority to ‘impress’ boys to be actors in the second Blackfriars Theatre. Impressment is a theatrical traverse through the final years of Elizabeth’s reign and the first part of the 17th century. 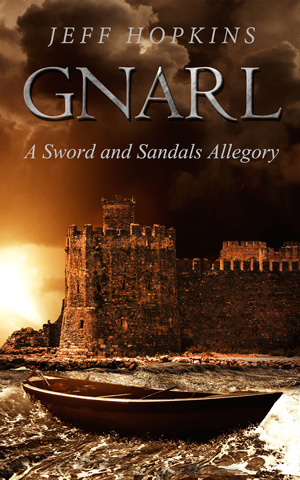 Gnarl: A Sword and Sandals Allegory

Generis, the son of the Lord Genet of the City State in the north is selected as a human sacrifice. With the help of the Lady Siliqua he manages to secure a line of succession. His grandson, Gnarl, is fostered out to a fisherman and his wife who educates and inspires him. At twelve, Gnarl is forced into four years military duty where he meets Kyler who helps him find justice for his dead father. 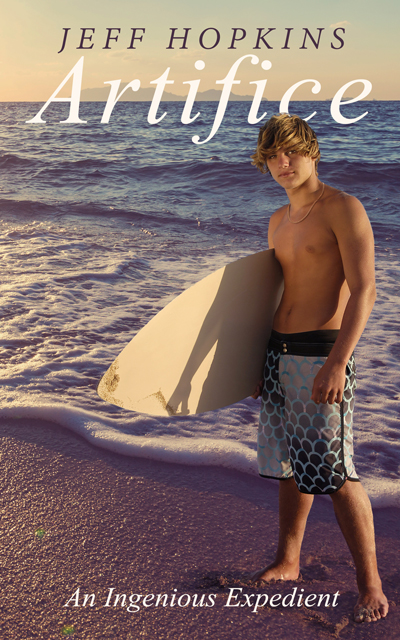 Fiona Beaumont's relationship is over, and a career in the art world has stalled. Her decision to change direction sees her interact with two generations from different families, the Mitchells and the Robertsons. Tim Robertson is a prodigious artistic talent. Jeremy Mitchell is a golden boy and through Caravaggio, his sexual dawning, desires, and denials, cause him to discover a different self.